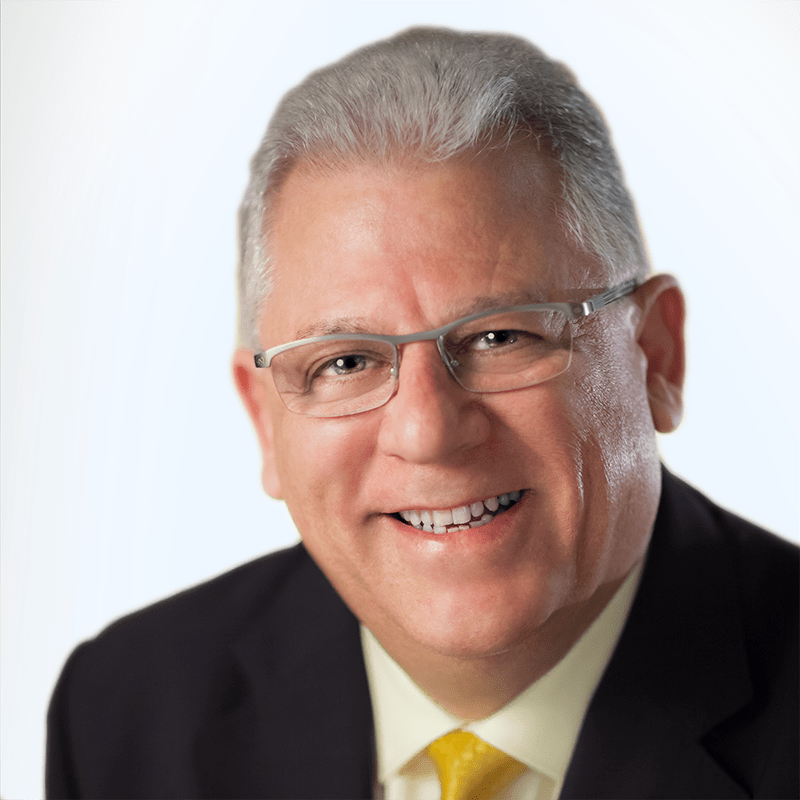 Mario J. Paredes currently serves as Chief Executive Officer of SOMOS Community Care. Mr. Paredes has over 30 years of experience as an executive in Health Care Administration and has extensive experience as a leader in Business Development.

Mario is a Founder and Chairman of the Board for Catholic Association of Latino Leaders (CALL) and is today its Chairman Emeritus. He is also a member of the Board of Directors of America Media, is a Director and former President of the North American-Chilean Chamber of Commerce of New York,  Director of en Familia Radio and Notes for Growth and is the former Treasurer and Vice President of the Gabriela Mistral Foundation.

Mario joined Merrill Lynch as Vice President of Business Development in April 2001 and was appointed Director of the U.S. Hispanic Market for the Multicultural & Diversified Business Development Group in 2002. In February of 2007, he was transferred to the Corporate Division.

Under Mayor Ed Koch, he served as Commissioner for the Charter Revision of New York City. Mario served as Personal Advisor to John Cardinal O’Connor, Archbishop of New York and has also served as Consultant to the Latin American Commission to the Vatican and the United States Catholic Conference of Bishops.

For 30 years, Mario directed the operations of the USCCB’s (United States Catholic Conference of Bishops) in the Northeast Region. He served as Founder and Director of the Northeast Hispanic Catholic Center.

He is founder of the national weekly El Visitante Dominical in USA and El Visitante de Puerto Rico. Mario has served as an Editorial Board Member of El Diario-La Prensa, Catholic New York, The Tablet and El Pregonero.

Mr. Paredes is editor of the Polyglott Bible and Camino a Emaus, both published by American Bible Society, and the Leccionario Dominical and Ferial for the United States. In addition, he is the author of The History of the National Encuentros (2014, Paulist Press), Un Papa para la Urbe y Orbe (1979, Catholic Center of New York), Hispanics in USA (1980, Catholic Center of New York), Official Lectionary for U.S. Hispanic Catholics (1985, Northeast Catholic Center) and Catecismo del Pueblo (1976, Our Sunday Visitor).